As a family business, we work diligently to offer the best quality in products, extensive variety, and unparalleled service of any grocer in the area. We have always believed that a supermarket plays a vital role in the community and we strive to constantly improve our customers shopping experiences to make a positive difference in their lives. With the help of our supportive communities, caring associates, strong management team, and continued family involvement, Milam's Market is honored to have the privilege of serving you as “Miami's Family Grocer.” 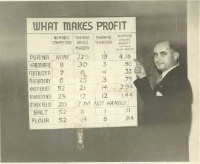 Michael Gunner showing profitability of items sold in his store 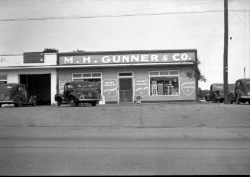 The Farm and Implement store owned by Michael Gunner 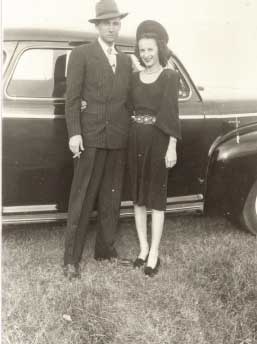 Serving the community is in our DNA. It goes back to the early 1930's, when Michael Gunner (grandfather/great-grandfather) had a Farm and Implement store in Tupelo, Mississippi. Farm and Implement stores were the central store in town. It was where you would pick up feed supplies for your livestock as well as the basic grocery items for your family.

During the time of operating his retail store, one of Michael's daughters, Joan, fell in love with and married Thomas Milam. Little did Joan know, Thomas had similar traits to her father - both fueled by ambition, with a passion for retail and serving the community. Thomas Milam, known to us as "Pop", was our dad and grandfather. Before his passing in the year 2000, he wrote in his memoirs about the challenges he faced growing up during a generation affected by the Great Depression and Second World War. Below is his story and how Milam's Market has become what it is today.

Pop Milam and the Air Corps

Pop grew up in a small, rural farming town. Outside the corn, cotton, sorghum, and soybean farming which supplied his family's livelihood, one of his first jobs during high school was working at J.C. Penney. This day-to-day work cultivated a set of business, sales, advertising, and merchandising skills which would later contribute to his future success. He was offered a full-time position after high school with J.C. Penney, but he instead enlisted for active military duty amid an escalating world war. 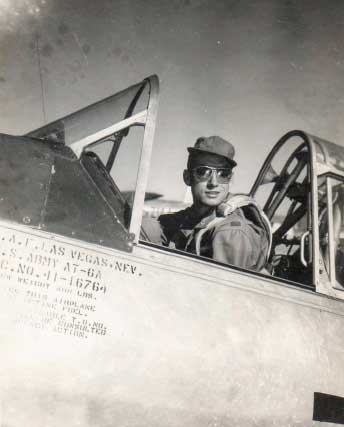 Thomas Milam in the Air Corps

In 1942, Pop graduated the Air Corps training school as a Flight Officer, which he described as being “the highlight of my life.” Afterwards, he joined a special group of flight officers and became the first of his group to be commissioned into the Air Corps. Unfortunately, he would soon receive orders for embarkation to the Pacific Ocean theater of World War II where he would be relocated to Saipan of the Mariana Islands, leaving his friends, family, and beloved newlywed wife, Joan, behind. “You must realize that this parting was one of pain, for we really did not know if we would ever see each other again,” Pop recalled.

During his deployment in Saipan, Pop flew several missions dropping supplies desperately needed over camps holding American prisoners of war. While returning to Saipan on one of these relief missions, Pop experienced extreme weather conditions with zero visibility and little remaining fuel. A controller on the ground located Pop's plane with a radar and directed Pop's every move for a safe landing for himself and his crew. “I can clearly recall almost every word he used as he advised us of our position on the glide path, a little above or a little below the glide path, a few degrees left, or a few degrees right…”, Pop stated. “From that day, I have always felt that I was living on borrowed time, for this was the closest I had ever come to not being here today.” Thankfully, Pop returned from the war unscathed and was reunited with his wife, Joan, and from 1949 to 1963 they had 10 children together (8 boys and 2 girls). 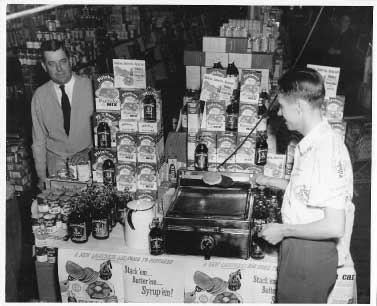 In the years following the war, the grocery industry was growing at a tremendous pace as independent "mom and pop" grocery stores were opening at every street corner. Pop saw an opportunity here and ventured into the grocery industry in 1950 with Malone & Hyde (M&H), a large food wholesaler who distributed food to independent grocery chains. For the next 26 years, Pop tirelessly worked his way up in management until he was finally asked to transfer to Miami, Florida as a Division Manager. In his new role, Pop wanted independent retailers to succeed and grow their businesses. He did whatever he could to make sure his customers and retailers could have the resources needed to be competitive and successful in the marketplace. Pop learned a lot about his new home and the Miami community during this time and as fate would have it, his transfer to Miami would end up being the opportunity that would later give him the chance to fulfill his dream of returning to retail.

The Beginning of Milam's Market

One day, as Pop was sitting on the back porch of his Miami home with his then 21-year-old son, Allen, he asked, “Allen, what is it you want to do?” and Allen replied, “I've always wanted to be in the grocery business.” Pop without hesitation proposed, “You get in and learn the business and when I retire, we'll open up a store together.” Allen spent the next 8 years working in and learning the grocery retail industry with various independent operators. Starting as a stock clerk, Allen quickly worked his way up the ladder into management positions. In 1983, Allen knew he was ready and, along with Pop, the two of them decided it was time to embark on a new journey as an independent grocery retailer. Together they co‑founded their own company, known as Milam's Markets today, and opened their first store in 1984 at the corner of Red Road and Bird Road in Miami, which is still in operation to this day.

Allen and Pop's store, Milam's Markets, always had a strong emphasis on setting a new standard for customer service. They believed that everyone that walked through their doors should be treated like a family member. This meant doing whatever they could to make sure their customers felt welcomed, comfortable, and more than satisfied with their visit. 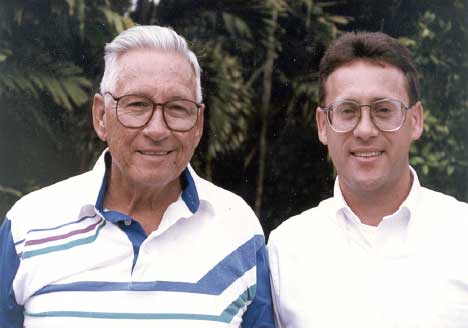 As the years passed, Milam's Market opened stores in Miami Springs, Coconut Grove, Sunny Isles Beach, and Pinecrest. Several of Allen's siblings, along with their children, have since joined the team. After 31 years, Allen retired in 2015. The company now has 13 dedicated family members working for the family business and hoping to make Pop proud from above.

Milam's continues to seek expansion opportunities in Miami-Dade County and is excited to open their new store later this year at Link @ Douglas, a new urban development project located on US1 and Douglas road.